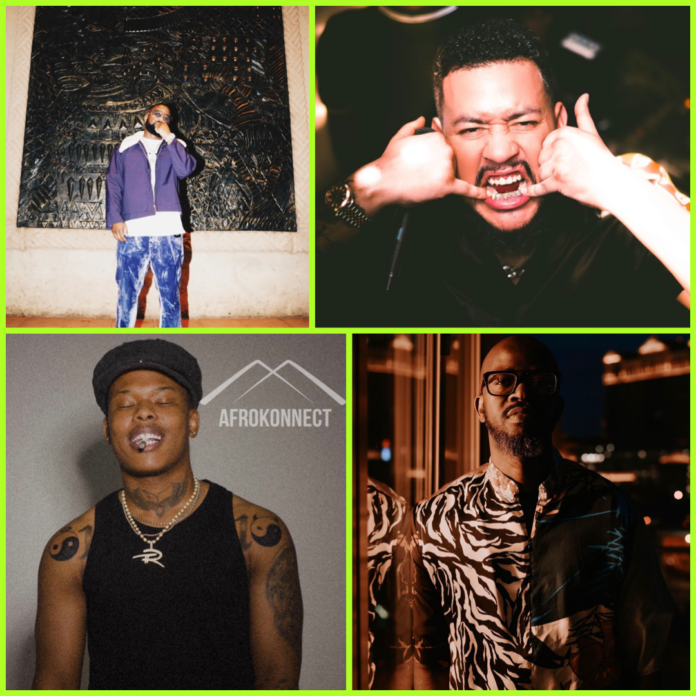 Welcome to this post about Richest South African musicians, we will reveal the top 10 richest musicians in South Africa and their current Net worth in 2023 via Afrokonnect,

In this post you will discover the latest ranking of Richest South African musicians, entertainers and songwriters.

Over the years South African music has gone beyond the boarder of the country,

With the current Amapiano wave growing day by day,

South African musicians are also growing in terms of fame, recognition and wealth.

South African entertainment industry is one of the most productive industries in Africa,

It has given a lot of people the opportunity to showcase their talent as well as creating a means of livelihood,

Music industry in South Africa revolves around entertainment, culture and everything you can imagine about money and fame.

Even though some of these rich South African musicians no longer make music,

Some of these South African musicians are stinky rich and they don’t hesitate to show off their expensive lifestyle.

Most of the richest musician in the world make their fortune through endorsement deals, streaming royalties, awards and personal investment,

The case is similar with South African musicians, as they make a huge chunk of their money through the same means.

These same musician’s own properties worth millions of Dollars,

Which is why we researched and compiled a list of their net worth for you, without further ado let’s dive in.

On our 10th spot we have one of the most respected musicians in South Africa, it is no other than Khuli Chana,

He was born on the 27th August, 1982 in Mmabatho, North West, South Africa, where he started his professional music career.

In 1992, Khuli Chana fell in love with music and he started recording his own songs,

He went on to release three solid studio albums so far,

Khuli Chana is not just respected in S.A music industry but he is also very popular and one of the richest in the industry,

His real name is Khulane Morule and the Motswako rapper is a well-established artist in South Africa,

He was born in Matatiele and grew up in Rockville, Soweto.

Emtee started his music career at a very tender age, he was involved in several talent show as well,

His professional music career started when he was 17 years old,

In 2015 he released one of the biggest records of the year titled “Roll up”,

He featured Wizkid on Roll Up Re-Up and featured Nasty C on his song titled Winning,

Emtee went on to release more hit records to further cement his spot in the South African music industry.

Emtee also has five studio albums to his credit,

According to verified sources Emtee has an estimated net worth of $800,000 which equals around 11,721,600 South African Rand.

Though Da L. E. S was born in the United States of America, he still represents South Africa in almost all his affairs including branding,

He his real name is Leslie Jonathan Mampe, Jr better known as Da L. E. S and he was born on the 26th of July 1985 in Washington DC,

Da L. E. S is a South African record producer and a rapper who rose to prominence following the release of his solo single, “Heaven”,

The song was released in 2013 featuring AKA and Maggz.

He went on to achieve great milestone with his brand “Jozi” in the South African music industry and beyond,

Da L. E. S has worked with several A-list musicians in and outside of S.A some of which includes the African giant himself “Burna Boy”.

Da L. E. S is currently listed among the richest and most influential musicians in South Africa with an estimated net worth of $1.2 million which equals around 17,582,400 South African Rand.

Nasty C is arguably one of the most popular south African rappers,

He is not only popular in S.A but his music is getting bumped in Ghana, Nigeria, kenya and all over the world,

He is one of the youngest, richest and most influential music sensations in South Africa.

This sensational recording artist came into the game at a very tender age too,

Nasty C made his presence felt in the music industry with his undeniable talent,

These awards came from all part of the world including the BET awards, South African Hip Hop Awards, etc.

We have written a comprehensive article about Nasty C net worth, Biography, Relationship and music career.

Here is another rich O.G in the South African music industry,

A business mogul, brand ambassador and a talented rapper,

Cassper Nyovest is also currently one of the richest and most successful musicians in South Africa.

He was born in Montshiwa, Mafikeng, North West in December 1990, where he grew up in South Africa.

Cassper Nyovest is the CEO of one of the biggest imprints in S.A “Family Tree record label”,

Cassper Nyovest has worked with several notable acts around the world like Davido, Kwesta and Nasty C.

You can read the complete article we wrote about Casper Nyovest net worth and biography.

Rebecca Malokpe is arguably the best-selling gospel artist in history,

The records and numbers are there to speak for themselves,

Her songs have sold more than 10 million copies globally, which earned her the spot.

She is known as the as the “queen of gospel” for a reason,

Rebecca Malokpe has achieved immense commercial success with over 35 solid albums to her credit,

Some of her albums have hit platinum and others multi-platinum sales, earning her global recognitions and awards,

Currently, Rebecca Malokpe has an estimated net worth of $4.5 million which equals around 65,934,000 South African Rand,

Making her one of the richest female musicians in South Africa.

It comprises of two creative songwriters,

The group also accommodates in house producers like the talented HITEK5000 and Lil2Hood, who are also into the South African music industry.

Among their numerous achievements, Die Antwoord has performed at one of the biggest music concerts in the world “Coachella Music Festival”,

The music duo has won some prestigious awards as well, including the Myspace Best Music Video award,

Their hit records titled “far Cry” and “Far Cry New Dawn” have been featured in some viral video games as well.

At the moment, Die Antwoord have an estimated net worth of $10 million which equals around 146,520,000 South Africa Rand.

AKA is a South African rap star, songwriter, record producer, entrepreneur and brand ambassador that probably needs no introduction at this point,

Over the years he has managed to stay relevant in the South African music industry,

AKA is a native of Western Cape in South Africa,

He rose to prominence after the release of his hit single “Victory Lap”.

The talented musician has won several awards and recognition during his career,

AKA has won the Channel O Africa Music Video Awards, MTV Africa Music Awards and so many other prestigious awards,

He has also released several hit songs with both local and international acts, which has definitely added to his fame and wealth,

We have written a detailed article about AKA Net worth, Biography, Music career and relationship lifestyle.

Steve Hofmeyr currently has 5 children and he is one of the richest musicians in South Africa, in fact several sources rank him the richest.

Steve Hofmeyr is an all-round entertainer, his achievements and recognition along with several endorsement deals have added to his wealth as well,

Steve Hofmeyr has an estimated net worth of $18 million which equals around 263,736,000 South African Rand, making him one of the richest musicians in South Africa.

Nkosinathi Innocent Sizwe Maphumulo is the real name of South African DJ, record producer and songwriter who is better known as Black Coffee,

Black Coffee owns one of the biggest record labels in South Africa,

He named his record label “Soulistic Music”, under the same imprint he released his debut self-titled album Black Coffee,

Black coffee has represented South Africa and Africa as a whole both continentally and globally,

Some of his notable achievements includes winning the prestigious Grammy award,

Black Coffee has won other awards like the Bet awards, DJ awards, SAMA awards among others,

He has worked with foreign music acts such as Drake,

Black Coffee has seven studio music albums to his credit,

All of which have recorded great commercial success with some recording platinum and others going multi-platinum sales,

At the moment DJ Black coffee is currently the richest South African musician with an estimated net worth of $60 million which equals around 879,120,000 South African Rand. 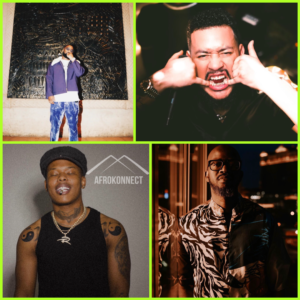 The video below is about the richest artist in South Africa;

This brings us to the end of this article about Top 10 richest musicians in South Africa and their current Net worth in 2023 via Afrokonnect.

If you enjoyed this article, please share it on social media with your friends.

How to start a beauty salon business to a profitable venture