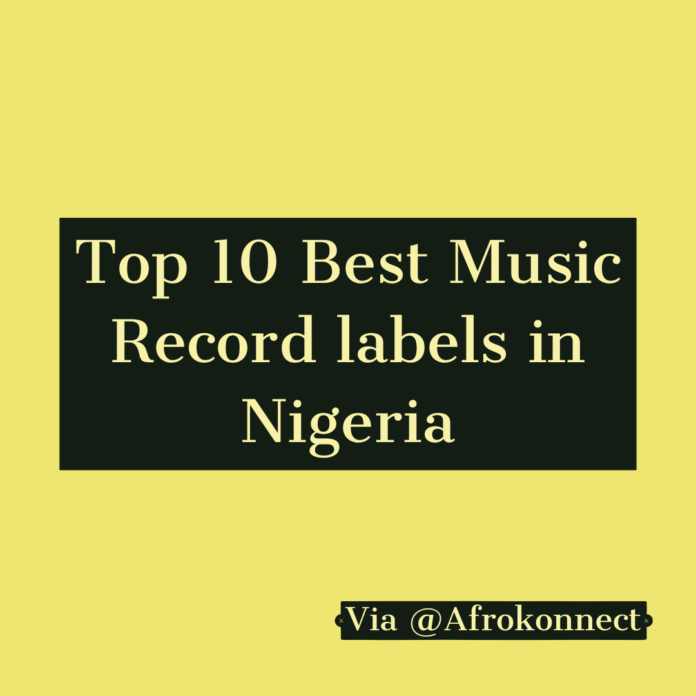 Below are the list of top 10 Best music record labels in Nigeria for the year 2023, via Afrokonnect.

The growth of the Nigeria’s music industry is evident over the years.

Both in size and in quality, with the contributions of many record labels.

These record labels have helped grow existing artistes and discovered new talents in the industry.

How many record labels are in Nigeria?

Even though the industry is flooded with a million and one record labels,

There are some handful of good and well-structured record labels that have produced some of the biggest and popular artistes in the country.

For the sake of this publication, we’re making a list of only the top 10 Best Record labels in Nigeria.

So Let’s dive In;

Which record label is the best in Nigeria in 2023?

Here is a list of the major, biggest and best record labels in Nigeria at the moment.

Phyno has positively led PentHauze to glory as one of the top labels in Nigeria.

In 2011, Penthauze had Runtown, Shugaboi and Flipside on its bill.

It signed Storm Rex in 2014, the singer becoming the label’s sole female act.

You can also check out the Top 10 Richest Nigerian Musicians.

The label as a crew announced itself with the song ‘Camera Out’ (2011).

Phyno released his debut album ‘No Guts No Glory’ under the label.

With Phyno’s 3rd studio album “Deal With It” as a solo act, PentHauze debuts as one of the biggest in Nigeria.

Made Men Music Group was founded by Ubi Franklin in 2010 and today it’s one of the best Music labels in Nigeria.

Prior to founding Made Men Music Group, Ubi Franklin worked as an assistant to Julius Agwu.

He also worked with AY Makun and other artistes before becoming a show promoter.

Franklin at some point managed Iyanya before he left to Mavin Records.

In 2014, the label expanded to include Tekno, Emma Nyra and Selebobo.

Made Men Group have released “the Evolution” joint Album produced by Selebobo alongside Tekno and DJ Coublon.

Tekno recently exited the label in 2019 to launch his own record label.

Spaceship has gradually risen to the top from almost nothing.

Burna Boy was such a real deal in 2019 that his African Giant album ended the year as a Grammy nominee for Best World album.

Though he lost to Angelique Kidjo, whose Celia was adjudged the winner over African Giant and three others.

The album is listened to on Spotify by 13m listeners monthly since its release, the most by an African artist.

Over 600million music streams have been recorded for the album, the number one most streamed album in Africa in 2019.

Burna Boy had over 200 performances worldwide in 2019 and 70 shows across Europe and America.

We have written everything you need to know about Burna boy Net Worth, Biography and his career.

With many awards including the most recent Best African Act at the 2019 MTV Europe Music Awards and scooped also Best International Act at the BET Awards.

Burna Boy has successfully branded and sold his label to the world. 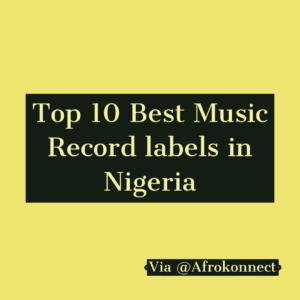 Founded by Festus Ehimare popularly known as Emperor Geezy in 2007.

The label existed in what seemed like an incubation period until 2013 when it signed top act Kiss Daniel who was up at his prime and if you ever heard of the hit singles “Woju” and “Laye” then you would see why the label is on the list.

Well, about now G-worldwide and Boy Kiss, they were seriously immersed in a legal battle, of which the lost there super star artist.

Dr Dolor has always shown keen interest in music from his young age singing in the church choir.

His love for music has seen him set up an international music company that has taken over the music scene in Nigeria and World at large.

As the lead act, Teni is one of the biggest Nigerian artistes at the moment with three awards in 2018 (including the Headies Awards) and a 2019 BET awards nomination.

The record label is also the home to the new act, Hotkid. In 2022, Teni Makanaki announced via her social media that she is an independent artist,

There has been issues reported prior to that, which lead to many fans believing her contract expired and it was time for the singer to move on.

Its label serves as home to the very best talents and artistes, leading the African music industry.

It was founded in 2005 by a Nigerian lawyer, entrepreneur, social activist, and creative industry professional, Audu Maikori.

The record label is headed by legendary rapper MI Abaga.

4. Star Boy Entertainment is one of the Best Record label in Nigeria n 2023

He released his second album ‘Áyo’ under the label.

Wizkid and Terri are the major export in this label.

Wizkid enlarged the label after signing Mr Eazi, Efya and R2Bees in 2016.

This is why Terri needs to leave Starboy Records.

After exiting his former record label HKN which he founded with his elder brother, Adewale Adekunle.

The name was first branded from Davido’s song ‘If’, the record by Davido released in 2017 which came through with a line that resonated with millions of people across the continent.

DMW flourishes in less than two years of its existence.

The record label has grown from 1 to more than 10 artistes which Davido is the frontliner.

To the best of our knowledge, Davido’s DMW is the Best music record labels in Nigeria.

Don Jazzy is the Head of Mavin Records

The record label is one of the biggest in the industry and also in Africa.

They have made Superstars like Reekado Banks, Tiwa Savage, Korede Bello and lots more.

D’Prince brought in a new act, Rema after the label lost the music diva, Tiwa Savage and Reekado Banks to Universal Music and Bank Music respectively.

Rema restored the label’s glory and went ahead to break several records with the label.

With hit songs like “Dumebi and Iron Man” which cuaght the attention of US former president, Barack Obama.

Mavin Records also have amazing artistes under its radar such as Johnny Drille like Ladi Poe, DNA, Crayon, and a multi-million naira investment deal from Kupanda Holdings.

Currently Mavin Records are promoting the talents like Ayra Starr, Boy Spyce, Magixx among others.

1. YBNL Nation is the Best Music record label in Nigeria

After he came into limelight in 2011 from the stables of ID Cabasa’s Coded Tunes.

He went solo in 2012 to establish his own label imprints YBNL.

Today, his imprint prides itself as one of the best record labels in Nigeria.

They produced popular artistes like Lil Kesh, Adekunle Gold, Viktoh who have all gone solo.

If you’re a creative looking to sign your first record deal then watch the video above,

The video explains things you should know before signing a record deal In Nigeria,

This is to avoid stories that touch in the future as we’ve seen in many cases.

On that note, this brings us to the end of this post. If there’s any important label you think we missed please kindly let us know via the Comment Section.

Top Recruitment Agencies in Nigeria and their Contacts 2023

Average Cost of Living in Europe 2023: Rent, Transportation and Feeding

5 Reasons You Should Start Trading Forex

Fella Makafui Biography, Career and Net Worth in 2023

Holland Scholarships for Bachelor’s and Masters Study in the Netherlands