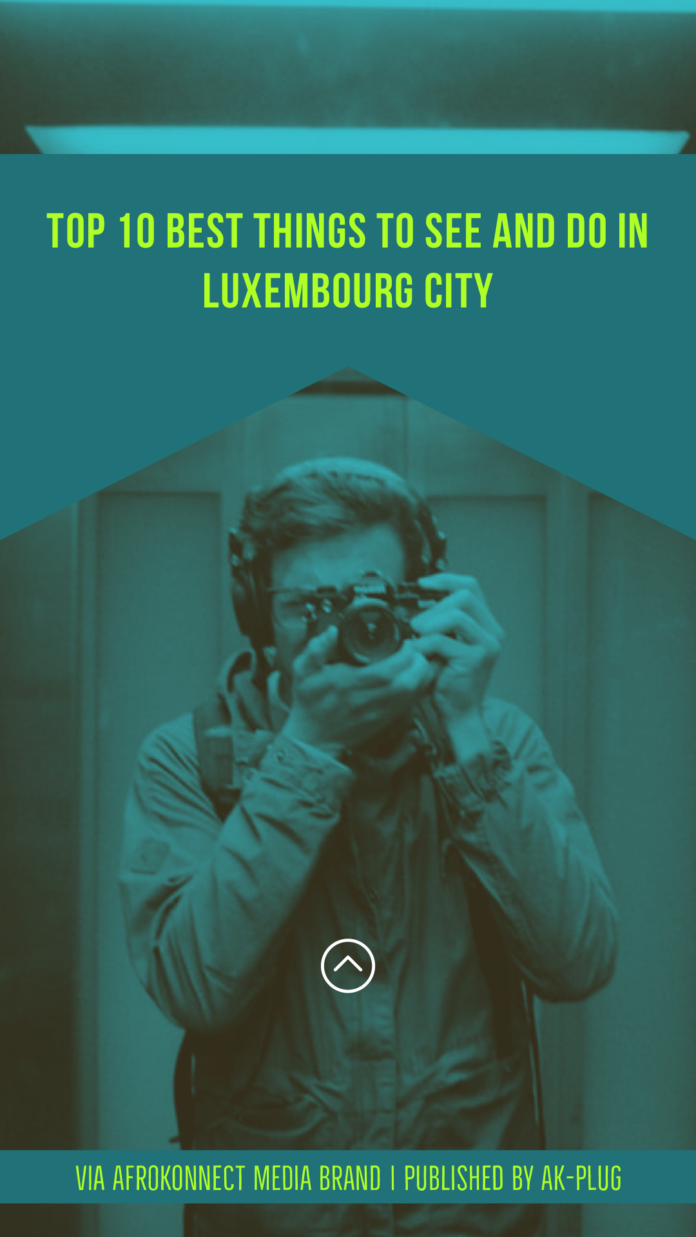 Welcome to this article about Top 10 Things to See and Do in Luxembourg City via Afrokonnect.

Luxembourg City is packed with intriguing attractions to see and do, despite being a relatively tiny capital city.

When you visit this stunning city, here are few things you really must do.

The city of Luxembourg is a wonderful mix of the modern and the ancient, local and global, as well as simplicity and luxury.

City of Luxembourg offers a truly multicultural perspective, replete with an exciting blend of history, culture, art, and beautiful landscapes.

This is due to the fact that many corporations choose Luxembourg as the location to host their offices.

You can’t get a true feel for a city until you’ve experienced these landmarks and activities.

In other words, a major historical landmark

With its small, twisting streets and old buildings, the Old Town of Luxembourg is a great area to go for a stroll about the city.

It is also a wonderful location from which to enjoy breathtaking views of the stone bridges that span the river,

and the old stronghold that was a part of Luxembourg’s ancient city walls.

The Casemates du Bock is a tunnel system that extends for 17 kilometers (11 miles),

The tunnel can be accessed without much trouble from the ground just underneath the abandoned castle of Montée de Clausen.

Over 35,000 civilians and hundreds of servicemen took refuge in this tunnel system during World War II,

Which had been dug out of the rock by the Spanish beginning in the year 1644.

The historic tunnel of Casemates, which is currently on the list of UNESCO World Heritage sites, is known for it’s eerie passageways, its several levels,

And also it’s spectacular rock stairways that tourist adores so much.

3. Palace of the Grand Duke

During the time of the Flemish Renaissance in the 16th century, construction began on the magnificent Grand Ducal Palace in Luxembourg City.

It is the official house of the Grand Duke and the royal family, and the interior design of the palace is a fascinating combination of styles.

It features an interaction between Romantic and Medieval Gothic styles,

As well as modern light designs by the German industrial designer, Ingo Maurer.

The museum’s focus is not only on the history of Luxembourg as a city and a nation,

But also on the diversity and evolution of the territory and it’s population from the 10th century.

In addition to hosting a wide range of engaging cultural events and programs,

The museum also houses an extensive collection of artifacts documenting the evolution of urban areas,

Such as topographical models, ceramics, pictures, postcards, and a wide selection of everyday goods on display in temporary exhibitions.

Although this castle is located in the town of Vianden, which is officially outside of Luxembourg City,

It is nevertheless well within reasonable driving distance.

The beautiful Chateau de Vianden is one of the largest intact feudal residences from the Gothic period that can be seen anywhere in Europe.

It was constructed between the 11th and 14th centuries and still in existence,

The big and minor palaces, along with the chapel, were built during the late 12th and early 13th centuries and are the most striking features of the castle.

The Chateau de Vianden in Luxembourg is a historical landmark that was renovated in 1977 and holds a significant amount of importance.

The impressive Notre-Dame Cathedral in Luxembourg was constructed by the Jesuits between the years 1613 and 1621.

North gate, which takes it’s design cues from the Baroque style, is the part of this magnificent structure that stands out the most to visitors.

The interior of the cathedral is decorated with magnificent stained glass that dates from the 19th and 20th centuries,

modern sculptures, and a miniature statue of the Madonna and Child that is placed above the altar.

There are two lions created by Auguste Trémont standing guard over the royal family’s tombs in the crypt. 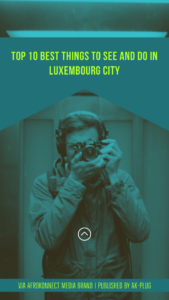 The Luxembourg Philharmonic Orchestra’s performance hall is a striking example of modern architecture that reflects the city’s rich cultural diversity,

By playing host to world-renowned conductors, soloists, and orchestras.

It has earned a reputation as one of the finest concert halls in Europe,

Thanks to the exceptional acoustic qualities of its space as well as its tight working relationships with prominent musical figures.

8. Passerelle – Places to visit and things to See in Luxembourg City

Travelers can enjoy breathtaking vistas of Luxembourg City from this historic vantage point atop the Passerelle, it is also known as the Luxembourg Viaduct.

The Passarelle was a structure that was constructed by the British business Waring Brothers between the years of 1859 and 1861.

It was designed to connect the city center with the new railway station.

A trip to the Passerelle, which is also known as the Old Bridge, is highly recommended if you are in the city,

Even if it’s just to take advantage of the amazing photos you can have there.

The Abbey Museum can be reached from Luxembourg City in an hour and a half by car,

Making it an ideal destination for a day trip alone or with someone special.

The museum is located in the cellars of the former abbey of Echternach,

It displays artifacts related to the history of the Benedictine monastery in eastern Luxembourg.

In particular, the museum focuses on the Echternach scriptorium, which was the location where illustrated manuscripts were created, as well as the life and work of Saint Willibrord.

He established the monastery and is now revered as Luxembourg’s patron saint. He was the first abbot.

The amazing manuscripts and evocative rooms where the monks would have worked are on display for guests to enjoy,

And history is brought to life via the use of interactive video shows.

Places to visit and things to See in Luxembourg City

Discover the contemporary face of Luxembourg in Kirchberg, the city’s most hip neighborhood.

It is the location of some of the most impressive buildings in the city,

Including the European Investment Bank and the Luxembourg Chamber of Commerce, in addition to the modern art museum for the city.

You can have an enjoyable evening in the vibrant capital of Luxembourg,

Make your way to Kirchberg, which is home to a variety of bars, restaurants, and stylish boutiques.

While you’re still in the country here are 15 Best Places to Visit in Luxembourg and have an unforgettable experience (Tourist Attraction).

There are a lot of places to visit and see in Luxembourg City for both young and old,

In this article we try to compile a list of the popular fun places to see.

Some of these places you don’t have to spend a dime to enjoy them.

Hopefully you have a good time in Luxembourg City,

This brings us to the end of this article about the top 10 best things to See and Do in Luxembourg City via Afrokonnect.

List of Top Oil and Gas Companies in Nigeria 2023

How To Withdraw money From PayPal To Nigerian Bank

Aka Biography, Net worth in 2023, Albums and Relationship

Richest Musicians in South Africa and their Net worth (Top 10)