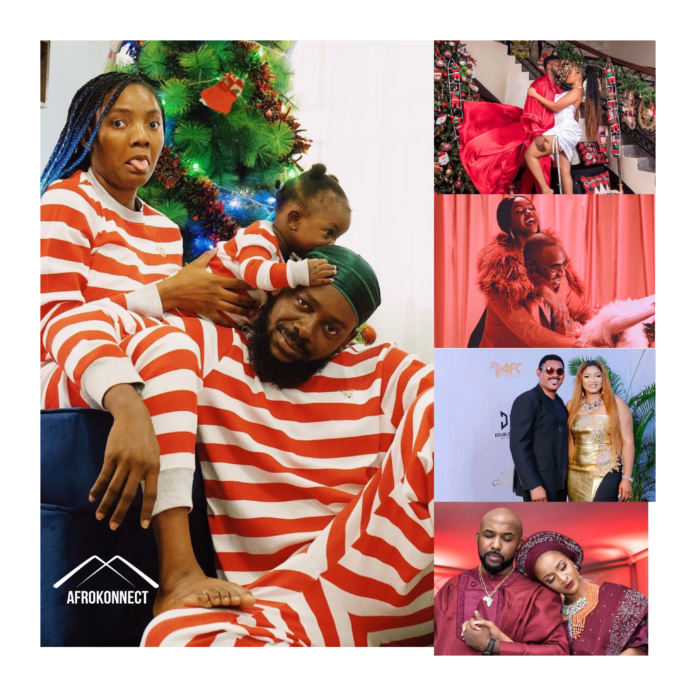 Top 10 Richest Celebrity Couples In Nigeria and their Net Worth via Afrokonnect.

In this list we’re going to reveal to you the wealthiest Celebrity couples in the Nigerian Entertainment industry,

So without taking too much of your time let’s move straight to the point.

They met and began their music career as undergraduates in the 90s.

The veteran musician and dad of 3 revealed he married a woman who supports his plans and also helps to make good decisions for the future.

Apart from music which is their first love,

Tunde and Wunmi have displayed their artistry and creativity in other ventures.

T.W.O own and run their music label ‘’KopyKats Entertainment” alongside other business.

They have succeeded in changing the popular belief that couples who do business together may face the challenge of ‘conflict of interest’,

which may contribute to the termination of the business partnership,

Tunde and Wunmi Obe are the 10th richest Celebrity couples in our list.

Popular Nigerian Nollywood diva Omotola Jalade has been married to Matthew Ekeinde for over 20 years.

The couple has a blissful marriage and are blessed with four beautiful kids.

Considering the controversies and scandals associated with celebrity-life,

the Ekeinde’s have managed to stay off scandals,

Instead, they’ve been making more money and Flourishing together.

Even though they are famous parents with such time-consuming careers,

this couple have managed to make themselves available from their busy schedule to see each other and enjoy the company of their children.

This family loves to travel and have a good time together as we’ve seen via their Social media.

While Omotola belongs to the entertainment and movie industry,

her husband Matthew belongs to the aviation industry, he must be racking in those cheques.

Captain Ekeinde recently established The Aquatic Jungle Entertainment, which is a tourist and entertainment center in Badagry.

Omotola Jalade and her Husband Matthew Ekeinde have an estimated Net Worth of $3 million.

The name Olu Jacobs is a household name in the movie industry,

Most of us grew up watching Olu Jacobs even though some us might have not known Joke Silva is his wife.

The two are both Nollywood legends and have been role models to many people across the world.

Olu Jacobs and his wife Joke Silva have been in the Nigerian movie industry popularly known as Nollywood for over 2 decades.

They are the founders of Royal Arts Academy,

In 1985, Joke Silva and Olu Jacobs got married and the marriage is currently blessed with two grown up children and a grandchild.

Olu Jacobs and Joke Silva have an estimated net worth of $3.5 Million.

A lot of you might have heard of ‘Jenifa’s Diary’, well Funke Akindele is the brain behind that content,

They got married in 2016 after a private ceremony in London,

Over the years Funke Akindele and her husband JJC Skillz have ran the entertainment industry,

They made a name alongside a fortune for themselves.

Currently they are among the most influential and power couples in the country,

Funke Akindele and JJC Skillz have an estimated net worth of $4.5 Million.

While his beautiful wife Simi is a famous Nigerian R&B singer, songwriter, recording artiste, stage performer and a model.

Adekunle Gold and his beautiful wife Simi are both from Lagos State in the south western part of Nigeria.

On 13th January 2019 they officially got married,

the marriage ceremony was attended by top dignitaries and other celebrities from the entertainment industry.

Simi and Adekunle Gold are among the wealthiest Celebrities with an estimated net worth of $5 million.

Popular Nigerian actress and media personality “Mercy Johnson” is married to Prince Odianosen Okojie who is popularly known as Odi,

The two have been dating before they officially got married in 2011,

The two have voiced their stance on life’s scale of preference which is, family first,

Mercy Johnson and Prince Okojie have an estimated net worth $7 million.

Over the years Banky W and Adesua Etomi have grown to become one the most popular celebrity couples,

They are both legends in the field of entertainment which means more money,

while his beautiful wife Adesua Etomi is a popular Nollywood actress, television personality, and a model.

In February 2017, Adesua Etomi got engaged to Banky W and they both got married on 19th November 2017.

The wedding reception was graced by dignitaries, high class personalities and popular celebrities from the Nigerian entertainment industry.

They have been rated as one of the hottest celebrity couples in Nigeria,

Banky W and his wife Adesua Etomi have an estimated net worth of $10 Million.

I know a lot of readers most have been waiting for this name,

Well here we are again talking about one of the most influential, Fashionable and Richest Couples,

Though they’ve both had their share of controversy and scandal,

the love and stability in their marriage seem to be waxing stronger by the day.

This couples are not just influential but they are also wealthy and among the top 3 richest couples in Nigeria,

Richard is currently regarded as of the richest Nollywood actors,

Besides his earnings from movies, TV shows, politics and brand endorsement deals,

RMD is an entrepreneur and currently manages his own movie production company.

On our 2nd spot for wealthiest celebrity couples comes the everblooming Idibia’s,

2face and his wife Annie have been one of the most popular celebrity Couples in Nigeria since he dropped his song “African Queen” in 2004.

After 2face announced his upcoming wedding via his Twitter page,

The weeding eventually took place on the 2nd May 2012 in Lagos, Nigeria.

The wedding was tagged a “private ceremony”,

Annie Macaulay and Innocent Idibia had their traditional wedding on 8 March 2013 in Eket, Akwa-Ibom State Nigeria.

2face also had a white exquisite wedding in Dubai on Saturday 23 March 2013, where many celebrities came to show them love.

This couples have made money together the same way they grew together,

2face and Annie Idibia have a combined estimated net worth of $25 Million.

Joseph Yobo was a Nigerian footballer and his wife was the former Most Beautiful Girl in Nigeria (MBGN) Adaeze Yobo,

The couple’s are one of Nigeria’s richest celebrity couples.

They have been married for nine years and they seem very happy in their union.

Joseph Yobo has been a professional footballer for Nigeria and has played top flight football during his career.

He used to be the captain of Nigeria’s national team till his retirement in 2014.

Adaeze won the title of the Most Beautiful Girl in Nigeria in 2008 and she proceeded to represent the country at the Miss World pageant that same year.

Although the football captain has retired, he still bagging some major deals that will keep bringing in money.

In 2019, along with Nollywood Actor and Singer, Falz, Femi Adebayo Salami, they bagged an endorsement deal with Food And Beverage Company In Nigeria, Trophy Lager.

Both Joseph and Adaeze seems to be doing well in their careers and they sure are living a happy, rich life.

Joseph Yobo and Adaeze have an estimated Net Worth of $35 million which makes them the richest Celebrity couples in Nigeria According to our list. 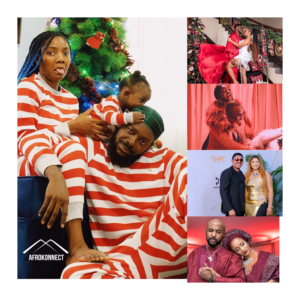 Now that we’ve come to the end of this article we hope you enjoyed reading through the content,

If you’ll like to know the Top 10 Richest Actors In Nigeria then watch the video below;

Don’t forget to let us know what you think via the comment section.

Jaywillz: His quick rise to fame after his single Medicine