Here’s a list of top 10 Most talented Nigerian Songwriters in 2023 via Afrokonnect,

Making music involves a lot of parties and sometimes all we know about making music rises and falls on the artiste who finally lays his/her vocals on a beat.

Unfortunately, the songwriter does not readily come to mind,

In fact he/she is the last entity you think of in the chain of making music.

One of the most underrated process of making a song, is the art of songwriting.

Songwriting is both a talent and an art form in itself.

An artiste might have an exceptional vocal and singing ability but overall sucks at writing their own songs.

Some of the best musicians out there did not write their best songs.

For some artistes, they are both blessed with graceful songwriting skills and good vocals to back it up.

In this post, we hope to give credit to some of the finest new school songwriters doing the most in the music industry.

Their discography stacks a string of songs where they showed exceptional songwriting skills.

Who is the Most talented Nigerian Songwriters in 2023?

Johnny Drille is the stage name of Nigerian singer and songwriter John Ighodaro, who is also known as Johnny Drille.

When he first released a cover of Di’Ja’s song “Awww,” it catapulted his career into the public eye. Currently, he is under contract with Mavin Records.

The Mavin Records artiste is a multi-talented musician.

Johnny can sing, play instruments, produce music and at large a fantastic songwriter.

The folklore singer has a nice discography of songs that he put in the work in terms of songwriting.

Some of his finest works are ‘Romeo & Juliet‘, ‘Wait For Me‘, ‘Count On Me‘ to mention a few. Actually Johnny Drille has no bad songs to his name.

One Direction’s “Story of My Life” was covered by him in a highlife style, and the resulting track, “Sade,” became a worldwide hit in 2015.

In 2015, he released his first studio album Gold through YBNL Nation, and it debuted at number seven on the Billboard World Albums chart.

There were three singles released before Gold: Sade, Orente, and Pick Up.

In an interview with Nigerian Entertainment Today, Adekunle Gold said that before signing with YBNL, he created the label’s official logo and other graphics for Lil Kesh, Viktoh, and Olamide.

Adekunle Kosoko popularly known as Adekunle Gold came into prominence for his song ‘Sade‘, a hearty remix of One Direction’s ‘Story Of My Life‘.

He excited further with tunes like ‘Orente‘, ‘Pick Up‘ and two solid albums to his name. His music has been surreal and his songwriting is nearly flawless.

The Afro-Urban singer has written a lot of songs behind the scenes, however, Davido gave him credits for co-writing a song on his ‘A Good Time‘ album. 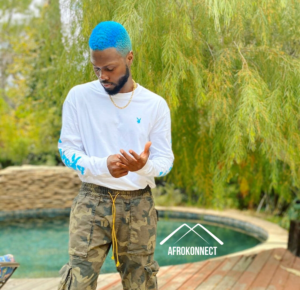 Sadiq Onifade better known as WurlD is an American-Nigerian singer and songwriter.

The artiste who is signed to Universal Music Group ranks high among the finest songwriters in Nigeria.

He has worked with top American singers and music producer.

He is also credited for co-writing Davido’s ‘Blow My Mind‘ featuring Chris Brown.

Most talented Nigerian Songwriters in 2023