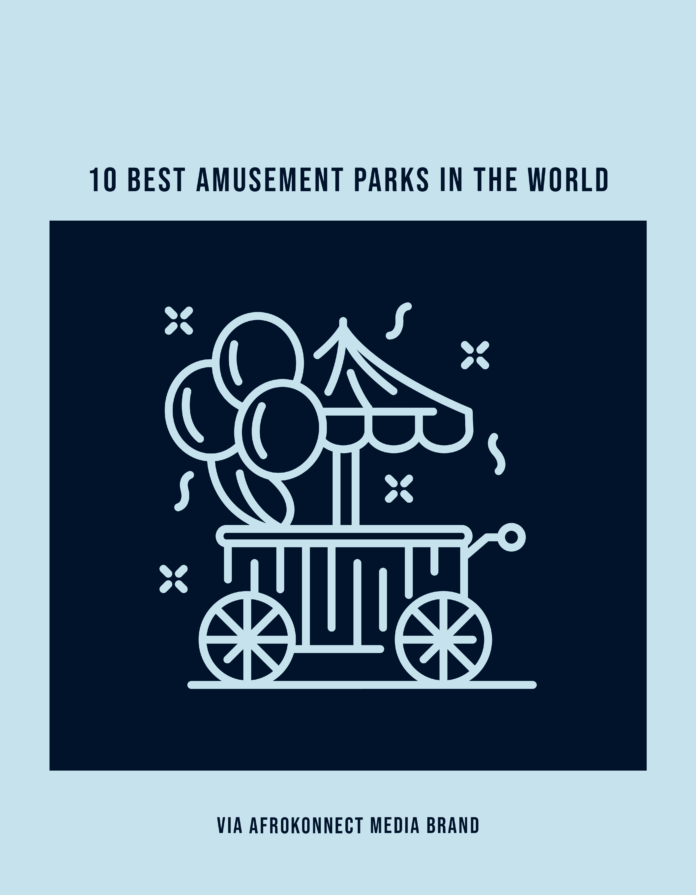 This post is about the 10 Best Amusement Parks In The World in 2023, Via Afrokonnect.

It is important to keep in mind that just because there are amazing amusement parks in the globe in which people can enjoy themselves as though they were children,

Does not indicate that amusement parks were designed exclusively for children.

Which amusement parks around the world are considered to be the best though?

If you have been seeking for a decent spot to have fun and take a small break with your friends and family members, then this post is for you.

We have compiled a list of the 10 best amusement parks in the world.

When you enter an amusement park, you are welcomed with things that will entertain you,

Views that are cool and lovely, and access to a limitless amount of enjoyment in the form of games, rides, water parks, events, and many other activities.

The following is a list of the best amusement parks in the globe;

We have given you with all of the information you could possibly need on each individual park.

Six Flags Magic Mountain, which can be found to the north of Los Angeles and is renowned as the paradise of extreme attractions,

It is home to a roller coaster that is both the highest and the fastest in the entire globe.

It is widely regarded as the best theme park in Spain and receives the highest number of visitors each year.

Port adventure can be found in the province of Tarragona.

It is one among the 10 best amusement parks in the world due to the spectacular attractions that it offers, all of which will give you a rush of adrenaline.

Best Amusement parks in the world in 2023

Everland it is situated in the province of Gyeonggi-do.

It is also home to a water park and a zoo, both of which contribute to its status as one of the finest amusement parks in the entire world.

It is the most popular amusement park in England and it can be found in Blackpool, in the county of Lancashire.

According to the results of a poll that TripAdvisor conducted in 2014,

Pleasure Beach is the finest amusement park in the United Kingdom and the top park in Europe.

In addition to the several water parks, it features ten roller coasters,

The most notable of which is the Pepsi Max Big One Mountain.

It is one of the best and most important amusement parks in the world,

Legoland billund is also a symbol of Denmark, which is highlighted as the first theme park in the Legoland,

The combination of Lalandia and its water park creates a fantastic opportunity for both adults and younger guests.

Best Amusement parks in the world in 2023

It is a component of the Universal Orlando Resort, which is a complex theme park situated in the city of Orlando.

Universal Studios seems to be a direct competitor for Walt Disney World,

As a result, it evolved into Universal Studios’s most expansive park and one of the very greatest amusement parks anywhere in the world.

It is the amusement park with the highest number of visitors in all of Europe.

Your trip will be one for the record books if you spend it exploring the five different magical lands that make up Disneyland Park in quest of excitement and new experiences.

It is without a shadow of a doubt one of the most impressive amusement parks in the entire globe.

Best amusement parks in the world in 2023 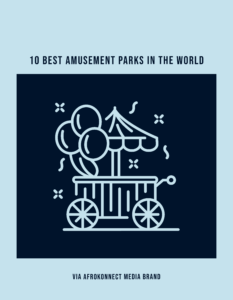 Disneyland California was the first of the Disney parks and was established in 1955, Walt Disney was the one who built it.

It is considered to be one of the most significant and well-known parks in the entire globe.

Disneyland was estimated in 2012 that more than 600 million individuals had come through the park over their lifetimes.

It has a full universe of pleasure and fantasy, which contributes to the fact that it is one of the top amusement parks in the whole wide world.

It is located in Rust, and it holds the distinction of being the world’s second-best park (Germany).

The park is separated into fifteen distinct regions, each of which is designated as one of the principal countries in Europe.

Today, it features sixteen roller coasters and a total of about one hundred attractions,

One of which is called the Blue Fire and propels guests from 0 to 114 km per hour in just 2.5 seconds.

Biggest amusement parks in the world in 2023

On almost every list, it is ranked as the number one amusement park in the entire globe.

Walt Disney Globe Resort is not only the largest but also the most frequented theme park in the entire world.

There are a total of 24 hotels, in addition to two water parks, and two theme parks (including Magic Kingdom and Epcot).

The hope held by both grownups and young people is to find a place where they can have fun together,

The best amusement parks are where families can find at least a thing or two to do,

In this article we captured exactly just that, and on that note this brings us to the end of this article about the top 10 Best Amusement Parks In The World in 2023, Via Afrokonnect.

Let us know what you think via the comments below, and if you think we missed any big shot.

How to Pick Investment Platform Safely

List of victims of police brutality in Nigeria #ENDSARS