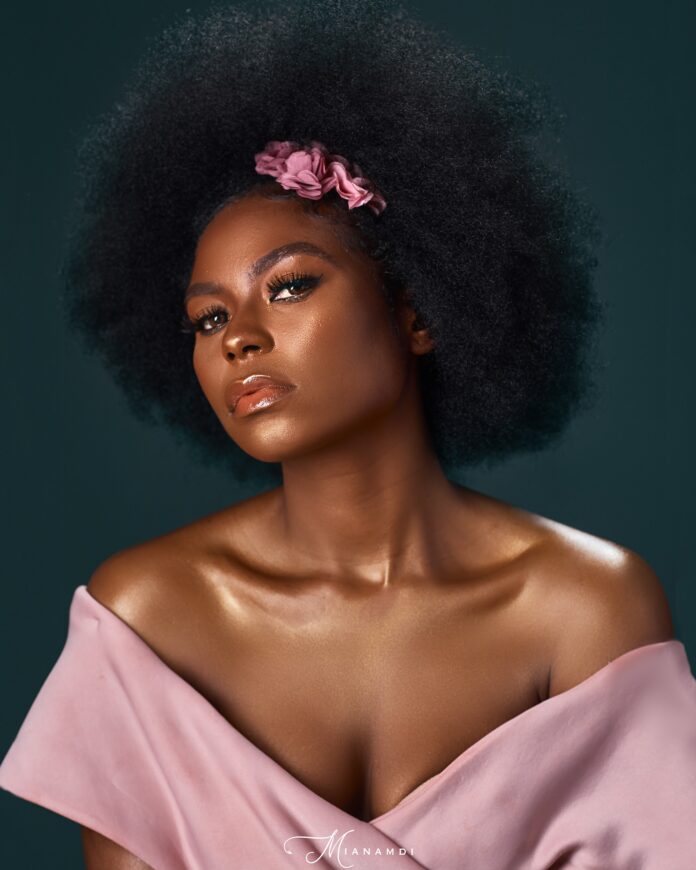 Welcome to this post about Niyola biography: Hidden facts you should know via Afrokonnect.

Niyola is a popular Nigerian singer, songwriter, and producer.

She has released numerous songs that are receiving much airplay in the country.

However, like most celebrities, her journey to fame has not been a walk in the park.

It has called for sacrifice and a lot of determination, She has had to endure a lot to be where she is today.

Even though she is a self-made upcoming artist, a lot of facts about her are not known to her fans.

For instance, her education, how she began a career, source of inspiration, and some of her songs may not be known.

Niyola Eniola Akinbo was born on December 9th, 1985, in Lagos State in Nigeria.

She is the last born in a family of ten siblings,

At eight years of age, she was an active member of the church choir, where she sang alongside her siblings.

She was inspired to pursue a career in music after attending a Funmi Adams concert.

The Nigerian singer is the epitome of beauty with brains.

Having been born and spending most of her early life in Lagos, she attended local schools for her primary and secondary education.

Upon graduating, she joined Independent Journalism Centre owned by PM News, where she pursued Journalism.

She then proceeded to the University of Lagos and obtained a degree in the English Language.

Niyola music career Akinbo’s passion for music was evident when she was eight years old.

She joined the church choir, and this move helped her sharpen her musical skills,

Along the line Niyola took part in the Amen Starlet competition and emerged as the first runner up.

She began her professional career in 2005 and was briefly affiliated to Trybe records.

The first three Niyola songs Me n U (In Da Club), No More and Dem Say were released under this label.

Under this label, she produced her first album which had smash hits such as Bring It and Call My Name.

The album earned her two nominations at the Hip Hop World Awards.

and on May 23rd the following year, she released her first song dubbed Toh Bad under the label.

Since then, she has released numerous hits and worked with several top artists such as Wizkid, Banky W, Lynxxx, and Skales.

So far, the Nigeria songstress has several bangers to her name.

Niyola has also done soundtracks for Yoruba movies in her Yoruba dialect.

In 2007, she wrote the theme song for 2Face Idibia’s second album concert and also did jingles for Coca Cola and a few other international brands.

A list of Niyola songs Below are some of her top-selling hits.

Toh Bad, Go On, Last Bus Stop, Love to Love You, Go Tonight, Where is the Love, Call My Name, My Prayer, Miracle, Lonely, Together Again, Ise Sise, Gimme Room, Do It, Bring It On, All My Life, High Playa, In Love.

She has released several songs and done collaborations with top artists in Nigeria.

Additionally, her amazing songs have won and earned her nominations for awards.

In 2013, she was nominated for the Best Vocal Performance (Female) at The Headies Awards and for the Most Promising Female Act to Watch at the Nigeria Entertainment Awards.

In 2014, she won the Female Artist of the Year at the Nigeria Entertainment Awards.

Congratulations, you’ve made it to the end of this post about Niyola career and short biography.

Essence, Advantages and Benefits of cryptocurrencies

Bonang Matheba Biography, Lifestyle and net worth in 2023