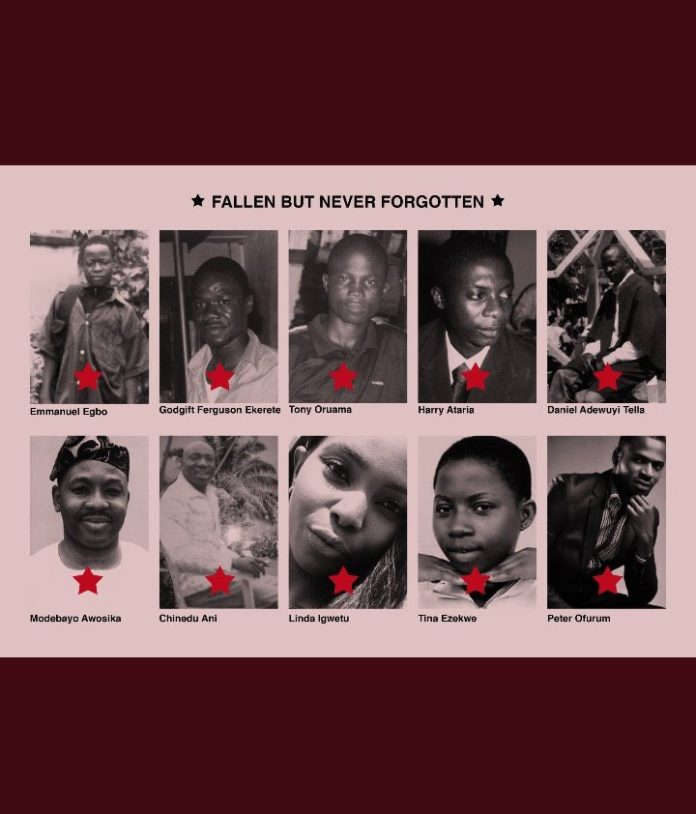 List of victims of police brutality in Nigeria and still counting so please #ENDSARS.

SARS is the acronym for “Special Anti-Robbery Squad” –

a unit of the Nigerian Police charged with the responsibility of protecting Nigerians from armed robbers and other kinds of criminals.

This sounds cool on paper but the reality is different.

Instead of protecting Nigerians from armed robbers and the likes,

SARS has gone on to become the horror Nigerians need protection from.

A police unit that is supposed to be the go-to place for safety for Nigerian youths has turned out to become the oppressor whose terror far exceeds the activities of any common criminal.

As affected Nigerians fight to put an end to the menace that SARS police has become,

let us also not forget the many people that have fallen victims of police brutality in Nigeria.

Emmanuel Egbo is a 15-year-old boy killed by a police officer in Enugu on 25 September 2008. He was playing with his fellow children and was unarmed.

Godgift Ferguson Ekerete, 24, was arrested during a police raid in Port Harcourt alongside three others.

On the morning of 3rd of July 2008, a busload of armed policemen wearing mufti intercepted a group of four menwaiting for a bus at Rumuomasi in Port Harcourt to take them to a burial ceremony.

The men took off in fear of their lives and the policemen opened fire on them, arresting all four.

according to Amnesty International, were all killed at the police station the same day.

The policemen had labelled them “armed robbers and cultists” and their deaths were never investigated.

The families of the victims who swore their sons were innocent never received an official account of the events that led to the deaths of their children.

Daniel Adewuyi Tella was a 27-year-old graduate of Banking and Finance.

He was arrested on 7 February 2006 on his way home in Festac, Lagos.

He died in police custody and the police later alleged that Daniel Adewuyi Tella sustained serious injuries when he jumped out of a moving police vehicle.

His family did not believe this story and suspect their son was tortured to death at the police station.

They were arrested and detained at Omoku Police station, Rivers State. Their families were informed of their arrest.

On 8 April, Johnson Nnaemeka (39), the owner of the car, was questioned at Omoku Police Station.

He was arrested on 9 April, and his house was searched.

That same day, all six men were taken to the Swift Operation Squad (SOS) in Old GRA, Port Harcourt.

Their families were not allowed to see them after their transfer.

On 11 April, police officers at SOS claimed the men were transferred to SARS. Officers at SARS denied this.

To date, the whereabouts of the six men are unknown.

Christian Onuigbo was a 28-year-old father of one living in Abuja.

He was shot by the police while parking his car in Jiwa.

He spent the night at Jiwa police station and was taken to the hospital the next morning.

And He died the next day after the hospital refused to treat him without a police report.

Tina Ezekwe was a 16-year-old secondary school student that was shot and killed by two police officers at the Iyana-Oworo area of Lagos State in May, 2020.

Read Also: 10 Most Brutal and Corrupt Police Force in the World 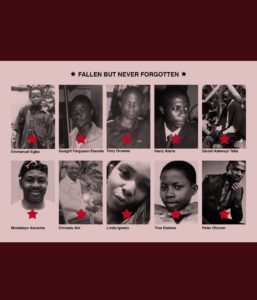 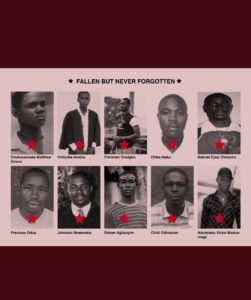 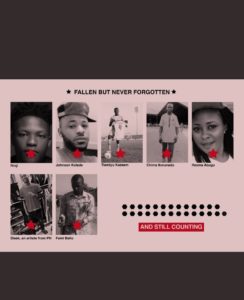 Others: List of victims of police brutality in Nigeria

16. Iloanya Chijioke John and many many others…

Buju (BNXN) Net worth in 2023, Biography and Music Career

Ruger Biography, Net Worth in 2023 and Record Label