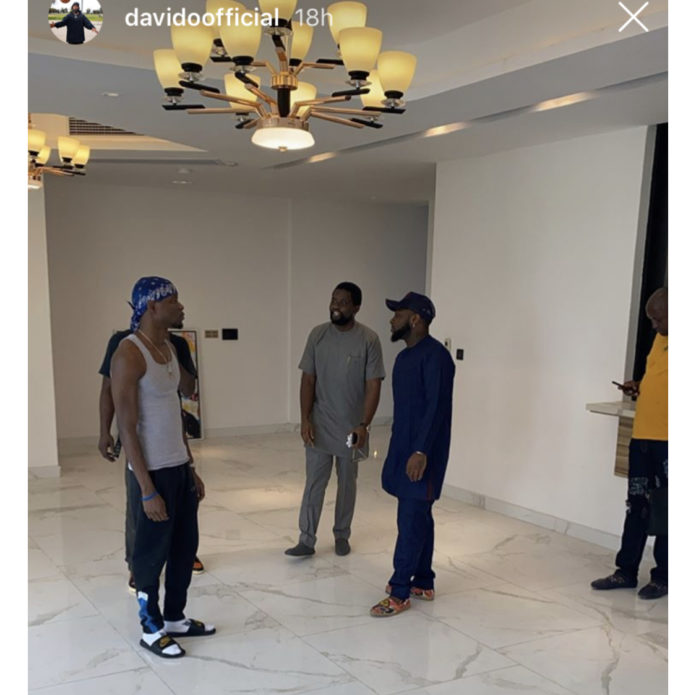 Nigerian music star, Davido has bought for himself a new mansion shortly after his hit song Fall was certified GOLD in the US.

In a series of videos shared via his Instagram stories on Friday, May 29, 2020, Davido took his friends on a guided tour of his new home in banana island.

The house which is located in the exclusive highbrow area of Lagos Island has a variety of interesting features.

One outstanding feature of Davido’s new home is the private lift.

Davido’s new house in Banana Island is worth a whooping 80 million Naira.

In one of the photos, Davido stated that he has always wanted a home with a private lift.

Below is a snippet of how his kitchen looks like;

Check out videos of the Davido’s new house below;

Watch as Davido Take a tour round the house with his team including Father DMW.

Looks Like Davido Has Bought a New House in Banana Island ???‍♂️ pic.twitter.com/fdGHpbQGlx

Shatta Wale Net worth in 2023 and Biography (Forbes)

Nengi Biography, Net worth in 2023, Relationship and Endorsements

Nomcebo Zikode Net Worth in 2023, Biography, Background Information and Career