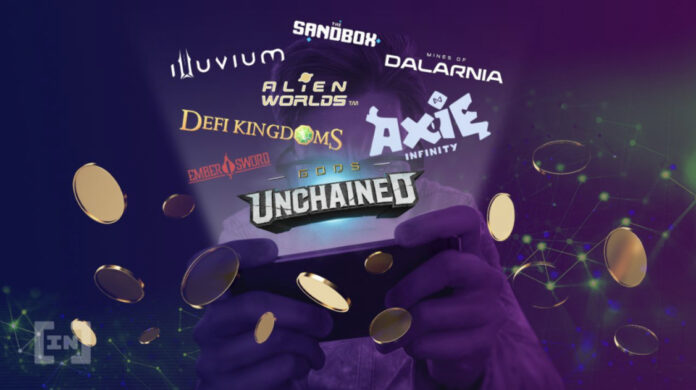 We looked through the top popular NFT Games for iOS in this publication via Afrokonnect.

All Apple users can now construct their own NFT games and win digital currency by defeating all of the bouts. For your convenience, we have compiled a crypto iOS games list from reputable gaming platforms like as Axie Infinity, Womplay, and Mobox.

Do you enjoy having cute pets and joining groups? Then Axie Infinity is an excellent option for making money by satisfying your goal.

You may require two wallets to play the game. The game assigns you a job to acquire all SLPs by forming a strong squad of Axies against other pets in the jungle.

All of the game’s charming critters can be traded on NFT marketplaces. These virtual fiction creatures are constantly available for purchase, sale, and exchange.

Although the price of the characters varies according on their rarity, the figures are safe on the Ethereum Blockchain.

So there’s no need to be concerned. However, be wary of the game’s counterfeit and false wallets.

Do you enjoy football? Could no game have captivated you for so long? Sorare is here to help you out.

Sorare turns your desire for a hassle-free football squad into a reality. The game developers have established a platform where you may earn money while playing the game and having fun.

The NFT video game allows you to earn rewards, participate in training leagues, complete weekly challenges, and collaborate with high-level and experienced players.

Still, make sure you have an Ethereum account because the game only accepts Ethereum as a payment method.

Gods Unchained, like other NFT games, allows you to play through a series of difficult battles and levels in order to collect a large number of cards.

With the greatest NFT games for iOS, you can always play, collect, and exchange in-game stuff with other NFT collectors.

Womplay helps all gamers gain Wombucks. The game can also be played on mobile and desktop devices.

It lavishes you with several blessings. You can create digital assets while playing. You get daily access to chests and prizes.

Are you a fan of one-stop shopping for gaming categories? Then Womplay will take you to tanks, Farmerama, Dinasour Park, puzzles, and more strategic games.

How about living the life of a gangster while also making money? Wait, you’re not breaking any laws.

It’s only that the wacky MMO-RTS idea of Crypto Monkey Empire forces you to fight and win resources against other monkies.

Crypto Monkey Empire functions similarly to Clash of Clans. You must steal money and cryptocurrency from others.

In this manner, you can construct your army, empires, and structures in the game.

Are you someone who is strongly affiliated with RPG games? Then Binemon, with all of its pleasing monsters and exciting gameplay, is here for you.

The game’s aesthetics and architecture have been meticulously designed by the developers.

All classic card game enthusiasts can enjoy crypto Spells and interact with others.

Most of you have probably grown up watching card games and other similar activities.

How about reminiscing about old times this summer while still working? The corresponding values are stored on the in-game card.

Furthermore, the game’s mechanics revolve entirely around winning. You may always trade commodities and other virtual prizes with other Ethereum blockchain users.

Download Go Wallet on your iOS device to enjoy secure and secured transactions!

There’s a lot more to discover in the poker-like mind card game. Crypto Saga also makes use of blockchain technology and allows you to compete with real-time NFT holders.

You can now form a team of 2-4 people and enter the strange world of the Crypto Saga.

It’s time for you to get acquainted to the new-generation gameplay and freely swap cards with your fellow traders.

Serra’s Synergy has created a new genre for all players.

The game provides you with the perfect combination of classic card strategy games and limitless gaming experience options.

So, why not download the game and see what you can come up with? Go, save the planet Serra from alien invasion.

Beginners are always welcome to play the game and begin with the 90 free cards.

However, by making progress, you can still earn certain seasonal rewards.

Among the greatest NFT games for iOS, Division Network has the potential to make you a large sum of money.

The virtual game features graphics that are as realistic as you can imagine.

You can enter the game’s universe and always bargain over NFT costs.

The NFT can be purchased from the developers. There is a VR version of the game available to practically everyone.

You can always meet and discuss transactions with other NFT keepers.

If you’re searching for more serious and professional trading, this is the one to include on your list of the best NFT games for iOS.

The Defi-based NFT game supports the free-to-play and play-to-earn concepts.

As you play, the game will assist you in facing various combats and reaping reward stuff.

So, if you’re already familiar with cultivating NFTs and yielding farms, you should be able to get your hands on this game.

The game follows in the footsteps of the Crypto Monkey empire.

Developers have revealed a new strategy that will let you to battle other civilizations, rule your world, trade other resources, and build structures.

The game creates a saga-like scenario in which players can take on the roles of various characters such as soldiers, farmers, artisans, and others.

Do you wish to swap in-game characters and heroes from various locations? Then EpicHero, among the top NFT games for iOS, could be the one for you.

With the possibilities of hero offspring, dual currency, dual currency, hero merging, and NFT stake, staking, and marketplace, the game provides the greatest experience in the NFT trading world.

Do you want to recall about RPG games and trading NFTs on the side? Then you should give Chainmonsters a shot.

The game contains revolutionary features that must be unlocked. The game now has a new game background to offer.

In cross-platform multiplayer, you and your buddies can explore Ancore together.
You can compete with real-time monsters for priceless jewels, flowers, and Chip Dollars.

Would you have ever imagined that you might earn points for NFTs simply by inviting your friends? Nay! Right? You can do so immediately.

Among the top NFT games on iOS, this one may be your favorite. The game revolves around the player locating the keys to the treasures.

If the players complete the task successfully, the chest will open.

In exchange, gamers earn points for later achieving NFTs in the form of Bitcoin or Ethereum.

You can also earn NFTs by answering trivia questions in-game. 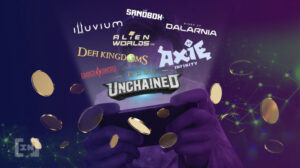 Keep in mind that NFT games for iOS or Android are just that: games, not a method of investing unlike Casino games.

It’s fine to have fun with them and build your own NFT collection, but for serious investments, you should look elsewhere.

There’s no need to wait! Get these games. Do let us know about your trading journey.